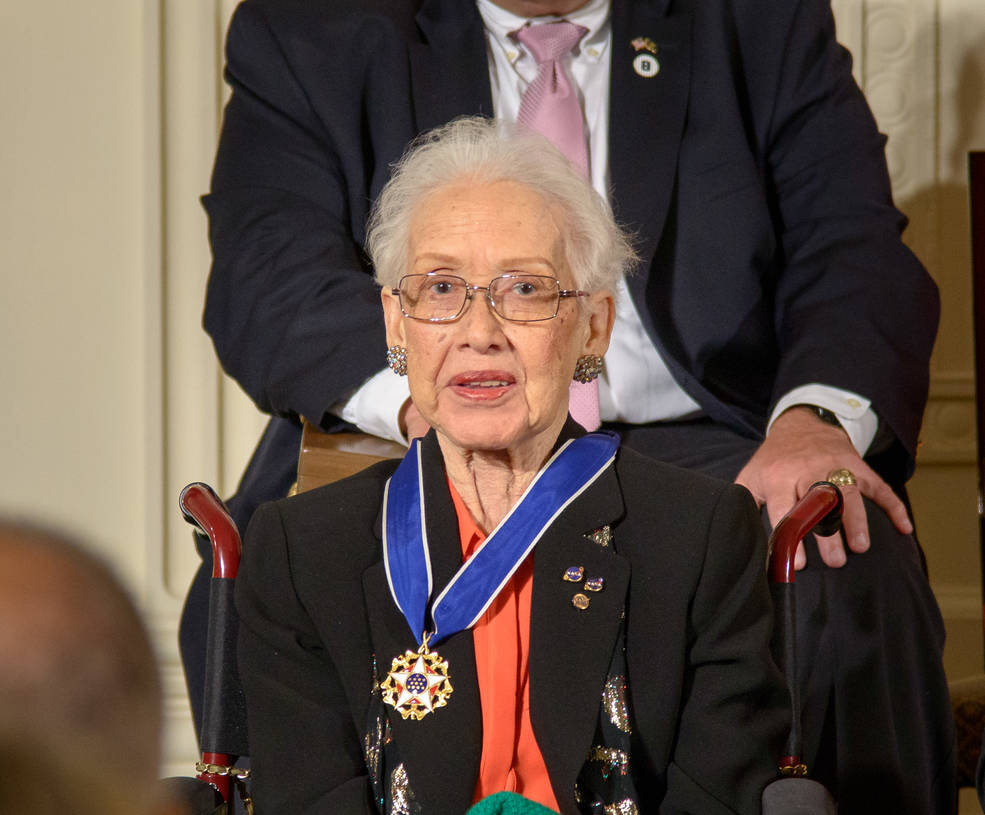 Johnson’s computations have influenced every major space program from Mercury through the Shuttle program. Johnson was hired as a research mathematician at the Langley Research Center with the National Advisory Committee for Aeronautics (NACA), the agency that preceded NASA, after they opened hiring to African-Americans and women. Johnson exhibited exceptional technical leadership and is known especially for her calculations of the 1961 trajectory for Alan Shepard’s flight (first American in space), the 1962 verification of the first flight calculation made by an electronic computer for John Glenn’s orbit (first American to orbit the earth), and the 1969 Apollo 11 trajectory to the moon. In her later NASA career, Johnson worked on the Space Shuttle program and the Earth Resources Satellite and encouraged students to pursue careers in science and technology fields.